Will CBD Products for Sleep Make You Feel High?

A sound night’s sleep is essential for your health and happiness. Adults should sleep seven to nine hours per night, according to experts. Proper sleep guarantees that you are well-rested and have energy for the following day. A good night’s sleep also assists memory formation, muscle and tissue growth and repair, and illness prevention.

Unfortunately, certain types of sleepers may have difficulty falling or staying asleep. As many as 70% of Americans say they do not get enough sleep, and roughly one-third of the American workers sleep less than six hours per night. The solutions for getting more sleep and preventing sleep debt differ. Sleep hygiene improvements, pharmaceutical sleep aids, and natural sleep aids are all choices.

Taking cannabidiol (CBD), a cannabis derivative is one way that is becoming more popular for enhancing sleep. It is frequently used to promote sleep and reduce anxiety. However, CBD regulation in the United States is limited. Much more research is required to determine the specific effects of CBD on sleep and other physical and mental health concerns. Now let’s discuss the answer to the question- Can CBD help you sleep? 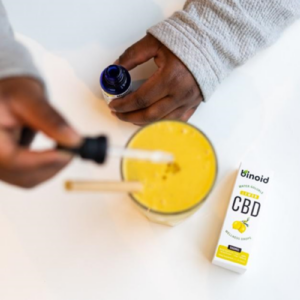 How Does CBD Help You Sleep?

“CBD is a chemical that promotes the endocannabinoid system (ECS), which is known to assist regulate energy, mood, sleep, and other functions,” explains Dr. Jason Wersland, the Founder and Chief Wellness Officer of Therabody. This newly relaunched company now includes the popular Theragun percussion devices and a range of recovery and relief lotions and tinctures. “Researchers discovered that CBD, which occurs naturally in the hemp plant, interacts with ECS receptors throughout the body like chemicals produced by the body.”

How can CBD Aid Sleep Disorders?

The research on the benefits of CBD on sleep disturbances is still in its early stages. Some patients who use the drug for chronic pain report that it improves their sleep.

Other exploratory studies on CBD and sleep difficulties have generated encouraging findings. CBD, however, does not provide the same sleep benefits to everyone, and different dosages may have different effects. According to research, modest amounts of CBD are energizing, while high quantities of CBD are sedating. Differences in experience might also be linked to the technique and dose of administration. More research is needed to acquire a better understanding of this aid as a sleep problem treatment.

While anxiety is not a sleep disorder in and of itself, it can contribute to poor sleep quality, insufficient sleep, and sleep disorders. Because it relaxes the neurological system, a preliminary study suggests that it could be utilized to treat anxiety-related conditions. According to one study, nearly 80% of participants who used this herb to treat anxiety reported lower anxiety levels after a month. Sleep improved for more than 65 percent of subjects at first, but afterward, findings fluctuated.

Insomniacs have difficulties falling or staying asleep at night. This disorder has an impact on daytime wakefulness, concentration, and mood. People who have a history of poor sleep may have anxiety about getting enough sleep, leading to further restlessness at night. Given the possible benefits of CBD for anxiety treatment, it is thought that it may also help alleviate the anxiety associated with insomnia. A second pilot study of CBD and THC use in adults with doctor-diagnosed sleeplessness is also underway. The study’s findings will shed further light on the effects of CBD on insomnia.

During the rapid eye movement (REM) phase, people with REM sleep behavior disorder talk and make aggressive gestures. The problem is widespread in elderly persons suffering from neurological disorders such as Alzheimer’s and Parkinson’s. 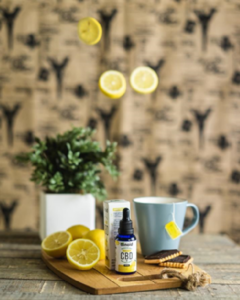 Excessive daytime drowsiness makes staying awake during typical daytime hours challenging. CBD may be one solution to waking up on time and staying awake. CBD has been demonstrated in animal experiments to be a wake-inducing medicine. Other research, however, suggests that this acts as a sedative. There needs to be more research required to understand the effects of different doses and techniques on wakefulness and sleepiness.

The cornerstone of insomnia treatment is behavioral therapy. Here are some effective methods:

Some people may still need to take drugs. For adults, doctors may propose controlled-release melatonin or prescribe doxepin. Alternatively, they may suggest a Z-drug, which is a class of drugs that helps individuals sleep. Among them are zolpidem (Ambien), eszopiclone (Lunesta), and zaleplon (Sonata).

Benzodiazepines can help people sleep; however, doctors do not advocate them as a sleep aid due to their significant misuse potential. Other sedative medications that people use to help them sleep include:

However, doctors do not prescribe them as sleep aids unless a person requires them for another reason.

Is cannabidiol a legal substance?

Although CBD is freely available in most parts of the United States, its legal status is unknown. It is legal in all 50 U.S. states but to varying degrees. In December 2015, the FDA lifted regulatory constraints, allowing researchers to conduct CBD trials. The Farm Bill of 2018 legalizes hemp in the United States, making it impossible to keep CBD illegal – it would be equivalent to legalizing oranges but making orange juice illegal.

Insomnia is a frequent disorder for which doctors often recommend behavioral adjustments, sometimes in conjunction with prescription medications. Some people use this herb to self-medicate sleep disorders. CBD appears to be generally safe, even though research on its effects, particularly long-term effects, is lacking.

Doctors are unsure whether CBD helps individuals sleep. However, there is some evidence that it may enhance sleep length. More research will be required to establish the most effective taking CBD and the optimal dosage to aid sleep.

Does Your Bike Insurance Pay for Damages from an Earthquake?

How to Recover Your Health After a Major Personal Injury

10 Benefits Of A Healthy Lifestyle

6 Benefits of a Healthy Lifestyle