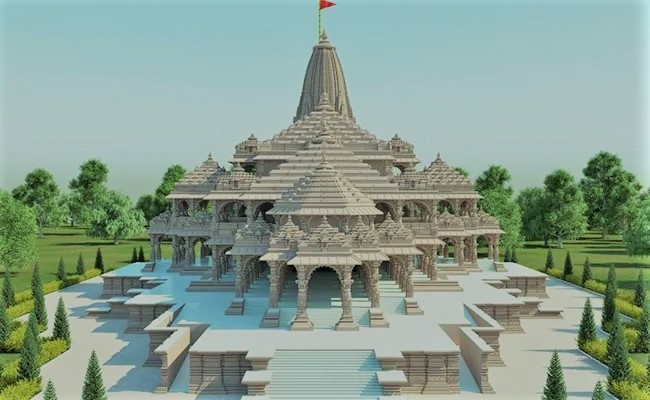 Rama temple dispute which was going out from very long time and finally supreme court decision was in the favor of Hindus and thus few days before the honorable Prime Minister of India went Ayodhya and performed every ritual so that the constructions of the temple get a start and thus in upcoming years this temple’s constructions will be completed.

The Rama is also named Raman in the southern parts of India and Middle East India he is called Rama and in northern India, they sound his name as Ram. It is the beauty of Indian culture that there is no ‘The God’ here, there are qualities that make them so, we thus bow our head for their good nature & quality and thus it makes them god.

What’s the history behind the holy Rama temple?

As we all know that Rama belongs to Ayodhya where the temple construction is taking place today. The temple of Rama was 2000 years old or maybe older than that but before 500 years ago it was been broken and with it, several more temples were broken and on the place of that various religious places were made with the same stones of that of the previous temples.

But a few years ago these religious places were broken by some of the volunteers which brought many conflicts amongst different religions and these conflicts get unresolved for many years but in the present, the decision was taken by the supreme court of India by seeking many proves that this place belongs to the Hindus and thus the construction of Rama temple must be right there and the other religion was given land in the same city away from that temple. This decision taken by the court has resolved a very old case and thus the case is close by the jurisdiction.

Why is Rama worshipped?

The first thing we must understand that Rama is an Icon, not a god, so we called him “Maryada Purushottam” which means elevated men or we can say that among the men he is above them because he is so elevated.

We all know that Rama went through many trials any pains in his life but there were a series of disasters that occurred in his life. He lost his kingdom, he lost his wife and fought a war to get her back, then again lost her wife and children due to some people and then he fought a war against his own children which proves that there was an infinite problem in his small journey of life but still tries to manage them very calmly and when a person behaves in such way then we refer to them as Purushottam or elevated men.

When he killed Ravana a man who was very cruel and also kidnapped his wife, he comes back and regrets his mistake for 1 year. His brother Laxmana asked him that why are you doing so he was a very worst person and still you are repenting for him or have we done something wrong, then Rama replied that ‘There were many negative things about Ravana but he was a great devotee and a great administrator for his kingdom and thus I’m repenting that I killed a devote’.

Rama is worshipped for his idea which was set by him for this society and thus also left his kingdom as his stepmother who was upset because he wanted his son to be as a king, he left the kingdom for her and so for his qualities he needs to be emulated. In today’s time when the people are crazy about the power no matters what they can do for that, in this period it is important to learn from Rama and must be worshipped to get his ideas and thoughts among us and it must be pass on to the upcoming generation so that they can also walk on the Ideals of Rama.

Why the construction of the Rama temple is important for Indians?

It has been observed in the northern part of India that Rama is in their spirit and thus they have great faith in him. About many years ago when foreign invaders from Turkey came and started destroying ancient temples which meant to be the fundamental force for the society and in place of that they established something of their choice and thus from nearly 135 years the dispute was going on between the two religion and finally get resolved in the present era. This decision got delayed as no judge wanted to make upon a decision on it, everyone pushes the decision as they wanted it to politically right, now the supreme court took upon the decision looking upon the proof brought up by the archeological department that there was a temple of Rama and which was occupied and broken by some other religion.

It is not just a new temple but also has spirits of the people and their whole lot of people who belong to other religions but want to emulate Rama. The story of Ramayana has been known to many of the individuals and thus everyone wants to emulate him as he is their source of energy and moral values. Due to this pandemic, only 150 invites have been sent otherwise to see this and being a part of Bhumi Pujan many individuals around 10-15 million might have gathered.

The qualities of Rama are infinite and passion of people is limitless and these are some qualities which each one must emulate into their livelihood so that you must walk upon the moral values set up by him in his journey of life.