Who is Shiva? If Shiva smokes weed, why can’t we?

Shiva is that goddess about whom every person on this planet is keen to know about and thus worships him in many ways they can. Shiva is mostly popular as of his third eye and his nature which makes him different from the others. Shiva has many different pronunciations and each pronunciation has a story and a message to the society o that they can walk on the path of dharma. 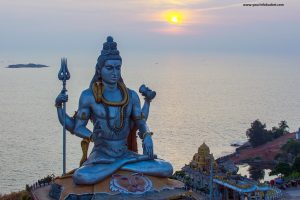 Let us first understand what is the implication of nothing; if you put a hyphen between no and thing i.e. it’s not a thing & it doesn’t mean that it does not exist. Nowadays science is also talking about nothing or something which is not a thing or does not have dimensions in it but still a source of powerful force. Dimension helps us to know about something, for example, we all have dimensions and we are something, but all of us came from nothing or which do not have definite boundaries as of us. To better understand this let us take an example of a child who looks up into the sky and tries to count the number of stars and thus we know that there are billions of stars but still they do not cover the 1% of this universe, we all see the stars but we never tried to observe the space out there which is said to be nothing but this nothing is everything and this covers the 99.9% of this entire universe. We need to understand that we can see only thus things which exist and the rest of them are thus ignored by us or our mind isn’t capable to understand that space.

If Shiva smokes weed, why can’t we?

Peacefulness has become basic the basic need of every living being, they just can’t face the challenges and thus go in the search of such intoxication which would help them to heal themselves. Many of the youths are intoxicating their body and thus stop thinking of their future and intoxicating their life too.

The chemical which we see in this system in different forms can only ignite within us and thus stimulating something within you. Every individual must stimulate themselves on their own and thus won’t feel any need from the surroundings to start their stimulation process which is a way towards the darkness of life.

Shiva is not a cripple who need any chemicals from outside, he is stoned but by which means we need to understand that. He is not using any substance, he is a substance or everything. The substance to get stoned is not outside it’s within us. Those who emulate with Shiva first try to sit on a place meditating only for 3 months.

Let’s take the example of Adishankara; he was walking thoroughly from many places and crisscrossed India up to 32 years of his age and also wrote many works of literature in his small life. He was walking with his disciples and he saw many people gathering into a drink shop and consuming alcohol, Shankara walks into the shop and took a large pot of alcohol and drank it and then walked away from that place. His disciples saw this and think that if their teacher is doing so then they must also drink that drink. Shankara was known about this fact that what his disciples are thinking and talking about, so his visit to the next village he saw a blacksmith working with molten metal and Shankara drink that too and walk on.

Even if Shiva smoke, I don’t think he did so but he was stoned for sure, but can you do everything he does. Many people get hazy in their heads by smoking or consuming intoxication in them. Getting hazy is not life; it is that part we get after death or at the time when we die. Clarity is the most important thing we must chase on and thus must be the only intoxication within us.

We have seen many people jumping off mountain or plains and doing incredibly risky things, they are good at their job because they are super alert in their work and think this work as their intoxication under them and getting stoned in this part of things. Many people are talking and taking weed as they don’t find any other option rather than this. If you don’t give those people weed for 3 days then you will observe that their mindset is not peaceful without them and thus these persons can’t leave their life peacefully. This problem arises as you don’t know how to handle your brain and thus waste life and money consuming this intoxication.

It is advisable that we just found a better use for our brain and can do something worthwhile and useful and this is not the way you must choose and this will lead you to the darkness of life and nothing else.