WHAT IS ORACLE KNOWN FOR

Oracle is one of the largest software companies in the world. Most of us use oracle products every day whether knowingly or unknowingly. Oracle is most commonly known as the company providing database solutions through its customize software and other DBMS product solutions but the scope of an oracle is not limited to these fields only. Oracle is one of the most financial companies on the planet. It was the third-largest software company in terms of revenue. In the year of 2018, coming just after Microsoft and Alphabet, the parent company of Google. Oracle was started in 1977 by Larry Ellison along with Bob Miner and Ed Oates. At that time the name of the company was software development laboratories. After solid changes in name, the company finally changed its name to oracle corporation in 1995. The initial inspiration for the company in when Larry Ellison who inspiration from a paper written by Edgar F. Codd in 1970 from Relational Database Management System (RDMS). The paper was entitled to a Relational model of data for large shared data banks. Ellison also heard about the IBM system as are database from an article in the IBM research general provided by Oats. At that time, Ellison wanted to make a system from Oracle that would be compatible with the IBM system are but he was not successful at that time because IBM kept the error codes of the DBMS as a secret.

They make the use of the C language in implementing oracle products. Most of the operating systems support C this heads the company as the fourth of the products of the company was easy between different operating systems. At the time of the starting of the oracle, any experts believe RDBMS was not that useful and the system was too weak as considered seriously. However, as it is common in the tech world, the experts approve wrong were Larry Ellison and his company. Oracles RDBMS based systems soon down rated the market and Oracle was set on too the long success that continues to this state. After the initial release of first commercial SQL RDBMS, the oracle has never looked back and has famous for much wide range of products and services.

At first, we will take a look at the different kinds of the product and services it offers. 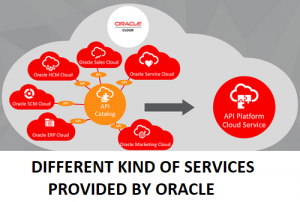 Besides this oracle has several applications for social engagement and monitoring systems, Enterprise management, Software for development purposes, and so on. Its NetBeans application is well known as a Java-based development platform. Its products also include a file management system known as ZFS. ZFS combines the file system and functionality of logical volume management. And this might be an unknown fact to many. But oracle also develops and supports cooperating systems known as the Oracle SOLARIS and the Oracle Linux. Java one of the most popular computer programming language is supported and developed by oracle. It was initially developed by jeans which was later on acquired by oracle. Besides all this software products oracle has a range of hardware products as well. For example, the oracle t-series servers and MCBs mainframe computers which were developed and released after the acquisition of sun microsystem. The pre-engineered and preassembled hardware-software bundles for enterprise use are well known in the industry. These include Exadata Database Machine, The Exalogic Elastic Cloud, the Exalytics in-Memory Machine, Oracle Database appliances, and big data appliance

On the service side of the things, oracle offers most importantly, the oracle cloud services which focus on basically three types of services which are known as software as a service, platform as a service and infrastructure as a service. It has developed and maintains a wide variety of applications for its cloud infrastructure to provide this kind of service. It also offers services like oracle consulting which provides technical and business advisory services. Oracle financing, oracle support which includes product updates and configuration management, and oracle certification program.

The NETSUITE, social program is a program of the oracle that assist the non-profits with moving their operations to the Oracle cloud. It expanded to include product donation and online community building in October 2018. Since its starting oracle has expanded to include many products to develop by itself or by acquiring the other companies and then further developing the products they acquired. The most notable was that, the sun microsystems valued at seven billion US dollars at that time which were completed on 27th January 2010. The acquisition of sun microsystems transforms oracle from a source software company, the company that provides both, the hardware and the software. It has faced many competitors on its journey and it deals with many losses. But it has come out of the many difficulties and has continued to its path. As mentioned earlier, it was the third-largest software maker in that year 2018. One of the key factors of success is leadership. Larry Ellison the cofounder of oracle and who is now the executive chairman and the CTO of oracle has been providing great leadership to the company. Since its humble dignity With the RDBMS that no one believes in. Yet the company defeats the expert opinions and achieved the status that it now enjoys.

Oracle enjoys a wide range of influence on society and is one of the most recognizable brands on the planet.

Everything You Need To Know About Clevo nh70

All About Eldewrito Server Web Browser