In democratic countries like the USA, India, etc. election play a vital role in deciding the decision making body for that particular country as this helps the public of that country to choose a wise person as the leader of their country. US citizens are all set for its 59th quadrennial election which is to be scheduled on 3rd November 2020 and thus soon the new President for the USA will be elected to take over their country in the right way and a better future for their citizens. The election results from America will also have a global Impact and mostly on countries like China, Pakistan, etc.

History & difference between the Republican Party and Democratic Party

The very famous leader of the Republican Party is Abraham Lincoln who was elected as the 16th US president from 1861 to 1865. The Democratic Party had a leader like Barack Obama who served the United States as the 44th president from the year 20079 to 2017.

Who will be more beneficial for India after Election? 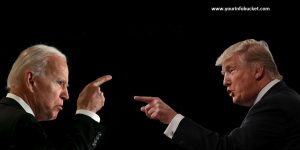 It has been observed for quite a long time that the Indians were mostly in favor of the Democratic Party, but due to the Corona crisis and Warfare with China, the American Indian’s are mostly to Support the Republican Party this time. Donald Trump sir is mostly to favor Indian and also had supported India as possible, but Joe sir is mostly in favor of Pakistan. In the government of Trump, sir weapons were delivered to India at a huge rate and also fulfilled mostly all the demands made by the Indian Government.

The Trump government has also supported the Indian Government on International platforms and also had singed many deals with them, for example with the help of them India becomes a member of MTCR and singed deals like LEMOA, COMCASA, BECA, etc. and also tried to make India a member of NSG but was unable to do as the Chinese government wasn’t in the favor of the Indian.

The Trump Government is fully Anti-China as they increase the tax on the goods brought by china and thus helped Indian’s to increase their business into the US, whereas the Joe sir government is fully in favor of the Chinese, this is because Hunter the son of Joe Biden had invested 1.5 Billion$ into China in 2013 and in the year 2017 Chinses Company decided to declare Hunter as Sine Cure which means that you don’t have to do any effort to get the profit out of your investment. It is good for the Indian Government if the Trump government comes into action as they will continue the trade war with China and thus will totally be beneficial for the Indians to get a position in the American market.

What does the American poll say about the election result?

Sir Donald Trump is mostly in the favor of Indians and hence also organized a great event for the Prime Minister of India and is known as ‘Howdy Modi’ and also visited India For the Inauguration of the world biggest Cricket Stadium in Ahmedabad and that event was named as ‘Namaste Trump’. Sir Joe Biden decided to take Black Africans into their favor and hence nominated Kamala Harin as the Vice-President. Trump’s government helped Israel to be a democratic country and thus the Yahudis are fully in favor of Trump, whereas the Joe government has supported Muslim people a lot and also decided to help them in the future. The White people are in favor of Trump sir and thus blacks are in favor of Biden sir, Black people are very upset by the incidence that happened a few months ago and hence no more want sir Trump as their leader. The Trump government was unable to stop the growth of Corona Virus and thus more than one lakh people died of this, the economy of America also decreased and the trump government was unable to take over this situation. This had set a negative image of sir Trump for its citizen also thus can affect the election result for Trump’s government.

As per the American Media, the poll says that Trump will get a voting percentage up to 46 and that of Biden is 54. The election results are very unpredictable and hence drawing some conclusion out of it isn’t good. Hope the citizens Of the US get a good President for their better future and development.