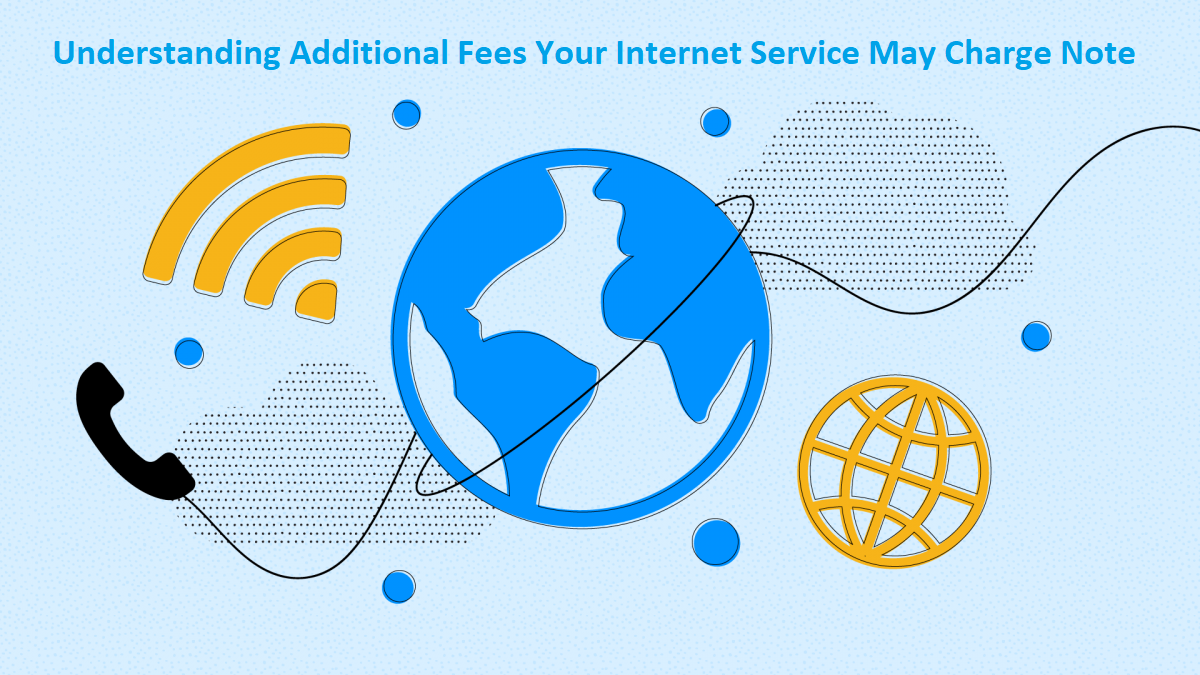 Consumer surveys reveal that many Americans have fees on their Internet bills that they do not understand. With that in mind, let us consider the fees likeliest to show up on your bill.

Installation and activation fees cover an Internet Service Provider’s costs related to sending a technician to your home to set your Internet connection up. Many ISPs will waive this charge if you agree to at least a year of service or you take the self-installation route. Be mindful, however, that if you self-install but then require assistance, many companies will tack on a self-installation assistance fee.

Some ISPs include equipment in their plans, but this is not yet common, and to be frank, equipment rental fees have become somewhat of a racket that has drawn the attention of the FCC. The average Internet equipment rental fee in the U.S. is approximately $10, and some people pay as much as $15. This fee is usually for the rental of a combination cable modem and wireless router. These fees are enormous relative to how much this equipment costs and this is why it is in your best interest to invest in your own equipment and have this ridiculous monthly charge eliminated from your bill.

Recovery fees are another racket of sorts. They are charged in order to defray costs related to the expansion and maintenance of the high-speed Internet network. You would understandably expect this to be included in the cost of your service plan, but the law allows for it, and some ISPs choose to tack on this usually $4 fee so that they can keep the marketed price of their plans as low as possible. Note that these fees have become less common of late due to consumer backlash.

The Universal Service Fund is a quarterly fee imposed on ISPs by the FCC. The fund is used to expand Internet access into rural areas where there is not a great deal of profit motive for the ISPs. The FCC does not require that this fee be passed on to customers, but it does not prohibit it either, and some ISPs make the business decision that it is better that you eat the costs than they do.

Most internet providers like Spectrum provide due date and a grace period. As long as your bill is paid within that grace period, it is considered paid on time. Beyond the grace period, the ISP is within its right to append a late fee to your next bill. How much these late fees vary from state to state. Some ISPs charge a percentage of the bill whereas others will charge a flat fee, which is usually around $20.

Most ISPs offer no-contract service plans, and those allow you to end the service at any time. However, if you enter a contract—usually due to the savings it provides—then you are required to fulfill the terms. If you do not, then the ISP can charge you an early termination fee as outlined in the contract. Note that if you are switching to another ISP, they will often cover the early termination fee for you, and you should discuss this scenario with them prior to deciding to make the switch.

Data caps are not common in the U.S. for home internet service, but they do exist. In many cases where they do, the ISP will not charge an overage fee but rather throttle your connection bandwidth down. Although more common among wireless providers, some ISPs may allow you to go over your cap and then charge you based on how much additional data you use.

If you do not understand a fee, contact your ISP. You may be surprised at how often ISPs will waive fees in order to keep their good customers happy.