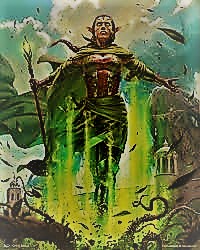 Magic: The Gathering is a digital collectible card game, this is said to be the first card game and has millions of users on time. This card game was created by Richard Garfield and released in the year 1993 by Wizards of the cost. This game can be played in Magic Online and MTG Arena.

This game is mostly played in duo mode but can also be played with a multiplayer option. In this game each player owns a deck of previously collected cards, we just have to reduce the life of opponent ranging from 20 to 0 and this is the best way towards your winning. There are almost 20,000 cards in this game that are available in a variety of languages, each year they are adding hundreds of cards to make this game more susceptive. 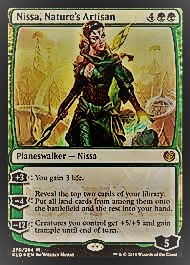 Here are some steps that might help to play this game and make your way towards victory.

Importance & meaning of different colors in your deck of cards:

Nissa, who shakes the world

Nissa, who shakes the World is a very powerful card and belong to Green which can regenerate creature but this card has extra power as compared to others.

The text printed on the card is as follows;

Whenever you tap a Forest for mana, add Green.

Put three +1/+1 counters on up to one target noncreature land you control. Untap it. It becomes a 0/0 Elemental creature with vigilance and haste that’s still a land.

−8: You get an emblem with “Lands you control have indestructible.” Search your library for any number of Forest cards, put them onto the battlefield tapped, then shuffle your library.

This card comes under the Legendary planeswalker – Nissa and its reality are rare. The card number allotted to it is 169. The cost of this card is $10.36 only.