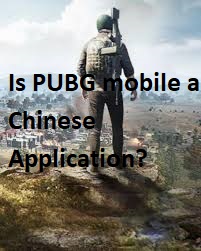 This is still a debating question amongst the youth that the PUBG mobile is a Chinese application or not. Nowadays there is a trend going on in India on boycotting several Chinese apps due to the problems going out there at LAC & also due to the COVID-19 Pandemic. The applications like tik tok and several others have lost their popularity in India and thus many have also started to drop review rate on play store. Many individuals are contributing to boycotting of the Chinese apps as this may affect their wallet and thus may try to resolve the problems out there at the LAC. This would lead to a drastic impact on the government of China and their GDP & would help the Chinese government to know the power of our Indians that if they try to battle with us then this would drop their GDP badly and thus would break the backbone of their country.

What makes this app to be banned?

One thing we might know that PUBG is banned in China. This is due to the reason that the games like PUBG are very violent and affects the mental conditions of the youth and thus might divert their mind from being successful in life. This is a fact that many individuals are wasting their time in this game and do not focus on their careers. Many individuals are addicted to this game and do not want their future without this game and thus this sort of game must be banned by every country from the future part of their youths. 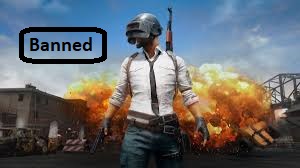 How can we support our nation out of it?

PUBG is very popular in a country like India where this game is seen in many individuals who are engaged in playing this game on their cells and many had also gained popularity through this game, but still, one benefit does not overtake the countless cons of this app. It is the right time for each individual to get of this addiction and support the nation by uninstalling this sort of apps so that the brothers who are at LAC do not get hit by the money made by us by using this app.

What makes this app to be Chinese?

Tencent is known for the biggest gaming company in china. The PUBG co-operation and the Tencent game company had a partnership so that this may help to increase the gaming industry in a huge country like China, but later on, this game was banned in china by its government itself. This game has its popularity in many parts of the world which is also a source of income for many of the individuals. This makes this a Chinese application and must be a boycott by every individual as this Tencent Chinese company holds 10% of its share in this that makes million from them out of it.