Many of us nowadays are working on Roblox that provide us platform to work on an online game platform and allow users to program game as per the need. Roblox uses LUA as their programming language and coded under an object-oriented programming system so that the user gets friendly with its use and is easy to operate with less error.

Roblox is associated with popular games such as –

Which Emotes are used in Roblox Dance Animation System? 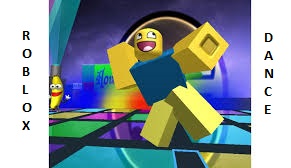 Emotes play a vital role in performing the dance animation, this allows the avatar to perform movements that you want your avatar to perform. This emotes are written in the chatbox out there or if the chat box isn’t available then you are not capable of using this emotes, which are as follows –

How safe is Roblox for children?

One thing you need to understand that nothing in this world is unsafe if you use this with your concern and keeping all major norms in your mind. The chatbox out their might be unsafe for your child, here are some guides which must be used if you want this to make safe for your children’s.

Who invented Roblox & where did Roblox get its name?

Roblox was founded by David baszucki (aka David bazooka) and his co-founder Eric Cassel (who passed away due to cancer in 2012) in the year2004, Since then Roblox has become very popular and is made more interesting than before by the efforts and ideas given by their developers.

Originally it was named ‘Dynablock’; after they thought this is well used for the avatars made of blocks, so considering the keywords like Robot & Blocks they termed it as ‘Roblox’.

How to stop dancing in your Roblox game?

Here are few steps which be followed to disable /e in your game.

In today’s date, Roblox has more than 0.1 billion active users over the world. This system is virus-free, thus makes it very smooth in its functioning and is made secure for the users.