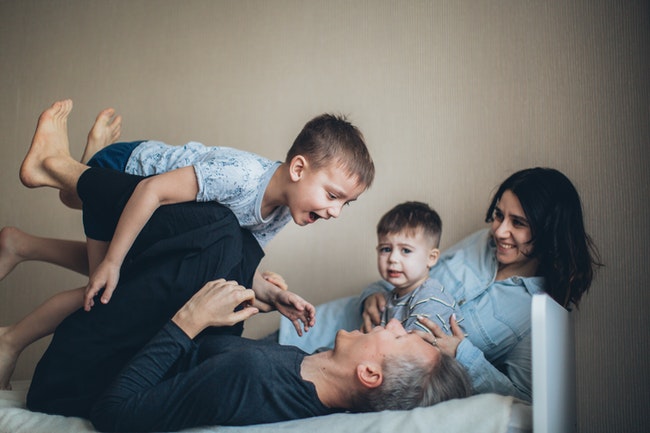 This is the most difficult part of every parent to raise their children in the right way and to fulfill all their needs. The first thing we need to understand is that children only come through you, they don’t come from you nor they are meant to be the property of the parents. The major mistake is that we raise them as our property and want something from them in the future in return, that’s not the right way to raise your children.

The one thing that seems common in all parents is that they do everything for their children and make them fully dependent on them and that fully impacts their future, in fulfilling their needs the one thing we all forget to do is that to make them self-dependent and thus they only want their parents to do each and everything from them and thus they don’t do anything on their own.

Love them with no attraction or affection.

There is a huge difference between love and attraction, all parents want their children to be attracted by them in some or the other way, but this is fully wrong as we must love our children rather than having affection with them which do not let them go away from and or you sneeze the freedom from him of doing anything and thus you spoil their future as a whole. If you want your children to be better then you must have the guts to give their freedom to them which is most important as they are the only ones who have to choose their future and find a path. The role you can play is to show the right path when they commit any mistakes and this will let them learn from their mistakes for the rest of their life.

Understand them just as a friend.

You must be like a friend to them and must help and understand them and correct them peacefully. If you won’t be like a friend to them then they will definitely find a friend for them who may also give him wrong advice and thus can ruin his life, so must not order to do so or that you must only guide them and let them walk on the right direction. This is the important thing that we must follow as to be a friend with your children and give them the right manners so that they can give and take respect in the society and can get the good position for them in their success.

Advise them to the right direction.

The understanding within the family can make them a wise person as you are only the once who will not give them the wrong advice so make them as friendly to you so that your devices are accepted by them not as an order but as an option to them to choose between the right and wrong as they must also have this ability to have an understanding in what’s right or wrong for them, so that they may take their own decision even if you are not around them. If we try to enforce our decision on them then they will end up doing things in the wrong way always and thus the way of your parenting is wrong.