In today’s era, the chemical industry plays a vital role in any country and thus is easily seen everywhere. For the past many years, the increase in the percentage of chemical utilization has increased a lot and thus the chemical industries have also grown up to be seen. Every chemical industry has much equipment which helps them to get up to their final product from the different sorts of raw material. Reactors are the most commonly used equipment and thus reactors are classified as per their role so that they can be used at appropriate applications for usage.

The reactors are mainly classified into three different categories on the basis of operations which are as follows:

In this sort of reactor, the reaction takes place instantaneously, and hence the discharge valve is always kept open. The reactants get mixed throughout and thus the output composition is the same as that in the reactor. We assume that there is perfect mixing going on, but sometimes the raw material may not come in contact with the impeller and thus the solvents didn’t get mix-up properly.

It is also known as a continuous tubular reactor in which the reactions take place in a radial direction and thus taken out from the other hand. These are basically used for gas and liquid composition mostly. It has been observed that the concentration of the plug flow reactor varies along the length and thus is used as per the application in need.

The material of construction of reactors:

In reactors different sorts of reactions take place and thus the material of the reactor must be chosen on this basis only. The most commonly used MOC’s are as follows: 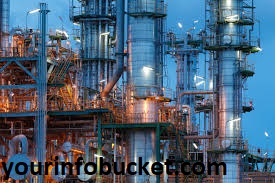 First of all, we need to understand the basic requirement for using GLR which are described as follows:

What’s the MOC used for GLR?

The outer body of the reactor is mostly made up of MS/CS etc. and in that, a thin lining of glass is provided which is made up of Borosilicate glass. The inner thickness provided of glass mostly ranges from 1.1mm to 2.2mm only. The main advantage we get off from this glass is that it has a very low coefficient rate of thermal expansion. The glass gets easily damaged the glass if it is provided by sudden jerks in form of temperature.

Impact of acid & bases on GLR

It is true that GLR has resistance to corrosion but it has been observed that the glass-lined thickness gets reduced after a long time by some amount and thus may cause further issues in the future. The rate of decreasing thickness basically depends upon the type of material used it in and the condition over which it is been treated. One thing you must always remember that the chemicals like Hydrofluoric Acid, Conc. Phosphoric Acid and phosphorous Acid must not be handled in GLR as these chemicals react with glass and damages the layer.

The GLR is manufactured by fusing the glass maintained at a temperature of 8700C on the steel surface which is been made quite red and ductile. This fused glass then solidifies at the temperature of 3500C on the surface of the reactor. With the help of further cooling, the glass decreases its coefficient of thermal expansion from that of the surface of the reactor in use. Due to this cooling, the glass has some sort of stress indeed into it and when there are sudden changes in temperature instantaneously then this can lead to breakage of the glass lining.

Spark test is carried out in GLR to check damages in glass lining. It is done with the help of a 5KV AC/DC current supply so that where there is damage a spark will generate and thus help us to know about the damage in the glass lining. One thing we must understand that this spark test must be tried only when necessary as this test with frequent uses can also reduce the life of GLR.

The mechanical shocks can be produced may be while lifting or falling of any hard object into the GLR. The abrasion is caused due to the usage of highly viscous materials.

The damages in GLR can be attended with the help of titanium material either in form of a plug or a sheet.