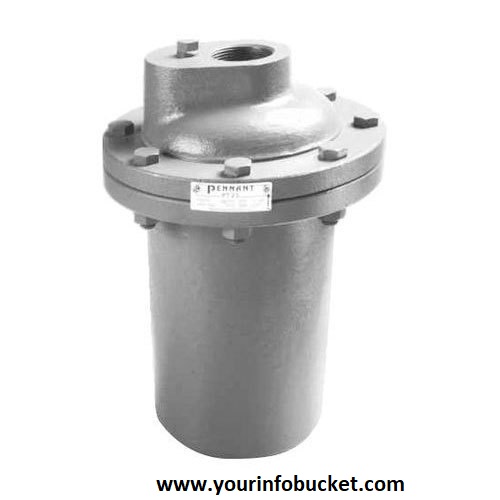 Nowadays Steam has become the basic utility option in every field of engineering, thus the usage of water has also increased for the production of steam. It is a well-known fact that steam tends to come back into condensate form and thus its proper utilization must be done so that the make-up water for the generation of steam reduces up to a particular limit. Steam traps play a vital role in removing the condensate from the line so that the flash steam does not get wastage of easily. There are different sorts of steam traps that are used appropriately as per the need and thus their sizing must be chosen wisely.

Why are the steam traps used?

Here are a few points which state the usage and need for steam traps at the steam outlet.

What are the working and types associated with steam traps?

Steam traps are basically a self-contained valve which helps in draining the condensate from the line automatically and does not allow live steam to pass out over them.

Let us understand the working of each trap in detail.

The working of the inverted bucket traps works on the principle of buoyancy. When your steam enters the trap at that time the valve sit is in close condition, as soon as the bucket gets full of condensate the valve sit gets open and due to the buoyancy force by steam let the condensate get out of that very easily and thus this cycle goes on repeating itself. The inverted bucket trap can withstand high steam and superheated steam application and also helps to tolerate the water hammering phenomenon. But it has a disadvantage that it does not allow the fast movement of air to get out of it and hence the air inside the pipeline cannot be removed properly.

This trap has a ball that helps the upcoming steam to get trap and convert into condensate form, with the help of the ball the valve can be closed or open for the flow of condensate out of it. As the steam enters the trap the ball is in a downward direction and as soon as the steam is condensate the ball lifts letting the condensate drain out of the trap. Float trap tends to discharge the condensate continuously and thus can handle heavy or light condensate load. These traps get damaged due to severe freezing.

Thermodynamic traps are basically used for flash steam. When a high temperature and high-pressure condensate is directed into a low-pressure zone which results in the generation of steam, that steam is termed as flash steam. In this trap, the flash steam helps in the movement of the disk which is held at the top. The discs open at the only condition that our flash steam gets trap at the top and thus when it gets condensed of it leads to the opening of the disc for letting the condensate pass out of the trap. This cycle goes on continuously and thus has the ability to operate at entire working ranges. It has very simple working and design and is also light weighted. It has the disadvantage that it does not work at low steam pressure.

Thermostatic traps basically operates on temperature and thus is temperature sensitive and its working also depends on the temperature range set on it. The valve is first in the close condition, as soon as it reaches a particular limit of temperature the valve starts opening and thus letting the condensate to flow out of the trap. It has a large capacity range and has lower maintenance. In the case of waterlogging this type of traps is not suitable.

Why do steam traps need to be properly sized?

For efficient and reliable working of an application, its sizing and selection must be done wisely, the same is the fact with the steam trap too and thus its sizing is the most important factor. If there is an incorrect selection of steam trap it will either cause up to condensate backflow or loss of steam out of the trap which must not happen in any of the conditions.

Parameters for sizing the steam trap